Missed Medical Diagnosis: What You Need to Know 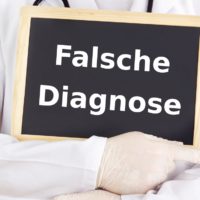 As a lay person, you count on your doctor to take care and attention when administering tests or a physical examination. You trust that they will take heed of symptoms of any conditions you have, so that you can begin treatment of any illnesses as early as possible. Unfortunately, a careless or negligent doctor could fail to spot the signs of dangerous conditions, resulting in delayed treatment that could impose a cost on your health. Learn more about delayed and missed diagnosis below.

Delay in cancer diagnosis can have fatal consequences

Misdiagnosis and missed diagnosis are tragically common problems in the healthcare system. One study by a British nonprofit group found that nearly half of all women with ovarian cancer were initially misdiagnosed. 41% of women surveyed said that they had to see a doctor three times before they were referred for cancer tests. Lung cancers can also be missed by doctors who fail to recognize masses on chest x-rays or fail to request additional testing of masses. Should a physician fail to follow recommended best practices when conducting a colonoscopy, cases of colon cancer which could have been successfully treated if recognized earlier can progress to an advanced stage or spread throughout the patient’s body.

While cancer cases often form the basis of missed diagnosis claims, other diseases and infections can be overlooked with serious consequences. Hospital patients in Maryland are at a particularly high risk of contracting sepsis, which is a condition caused by a body’s severe reaction to another form of infection. The body’s overzealous immune response results in an excess of infection-fighting chemicals being released into the patient’s blood, which can deprive organs of oxygen and nutrients. In severe cases, sepsis can cause organ failure and death. When doctors fail to recognize the symptoms of sepsis or fail to begin treatment immediately after identifying the condition, patients may die or suffer permanent physical damage.

With pressure from health insurance carriers and healthcare facilities to see as many patients as possible, doctors can feel pressured to rush through appointments. Sadly, this can result in patients paying a high price by missing the chance to treat a disease in its early stages, sometimes missing the opportunity at eradicating a disease altogether due to the delay.

Claims for missed diagnosis or misdiagnosis

Patients who experience negative consequences from a missed diagnosis may have a claim for money damages against the physician and healthcare facility that missed the diagnosis.

First, a patient would need to show that the doctor failed to follow best practices in not diagnosing the patient’s condition. This might be shown with expert medical testimony explaining the steps the physician should have taken based on the symptoms presented by the patient, or with evidence that a reasonable, non-negligent doctor would have accurately recognized the patient’s condition.

Second, the plaintiff patient would need to show that they would have had an improved opportunity to treat the disease or condition, or otherwise experienced a better outcome, had the condition been diagnosed earlier.

These claims can be challenging to prove, and they are best pursued by attorneys with technical knowledge and experience with complex medical malpractice claims. Speak with an experienced Maryland medical malpractice attorney as soon as possible if you believe you may be entitled to damages for a missed diagnosis or misdiagnosis.

By Brault Graham ,LLC | Published February 23, 2017 | Posted in Uncategorized | Comments Off on Missed Medical Diagnosis: What You Need to Know