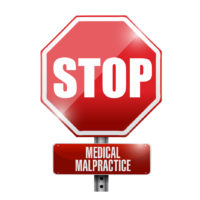 We rely on doctors and nurses to dedicate their full attention and effort to providing us with care when we’re in the hospital. While we understand that medical malpractice occurs, the scope of the problem has largely eluded the view of the public or even medical professionals. Now, a newly-released study has shed light on the role of medical error in patient death, exposing a much larger problem than had been previously understood.

Medical error as a cause of death is difficult to measure precisely, due to the way we complete death certificates. When a doctor, coroner, or funeral director completes a death certificate, they must choose from a list of disease codes to indicate a cause of death. This doesn’t leave an option to indicate whether there was an independent reason for the physiological cause of death. In other words, while “cardiac arrest” is an option, there is no way to indicate that the cardiac arrest was caused by a doctor or nurse accidentally administering a drug that stopped the patient’s heart.

The most recent prior study examining the role of medical error in patient death was conducted in 1999. That study found that between 44,000 and 98,000 patient deaths were caused by medical error each year. However, current researchers believe that this is a substantial underestimate. The more recent study conducted by researchers at Johns Hopkins University has found that medical errors seem in fact to be the third-leading cause of death in the US, falling behind only heart disease and cancer.

Using literature reviews, publicly-available statistics, and smaller-scale studies, the researchers estimated that, conservatively, 250,000 patients are killed by medical errors of one form or another each year. The researchers believe that this issue does not garner the attention it deserves because of both the manner in which causes of death are listed on death certificates, and also because, when a doctor commits an error, it is addressed via private disciplinary hearings rather than being exposed publicly. The researchers suggest that making errors publicly known and indicating on death certificates that medical error was a cause of death could help to reduce the prevalence of fatal medical errors. The authors also suggested that medicine should be reformed to “take human limitations into account,” such as limiting the number of hours that doctors are on call to help them get the rest they need to perform.

If you’ve been injured by a medical error or other incident of medical malpractice in Maryland, seek the compensation you may be owed for your injuries by contacting the seasoned and knowledgeable Rockville medical malpractice attorneys at Brault Graham for a consultation, at 301-424-1060.

By Brault Graham ,LLC | Published November 30, 2016 | Posted in Uncategorized | Comments Off on Researchers Find Medical Malpractice the Third-Leading Cause of Death in US